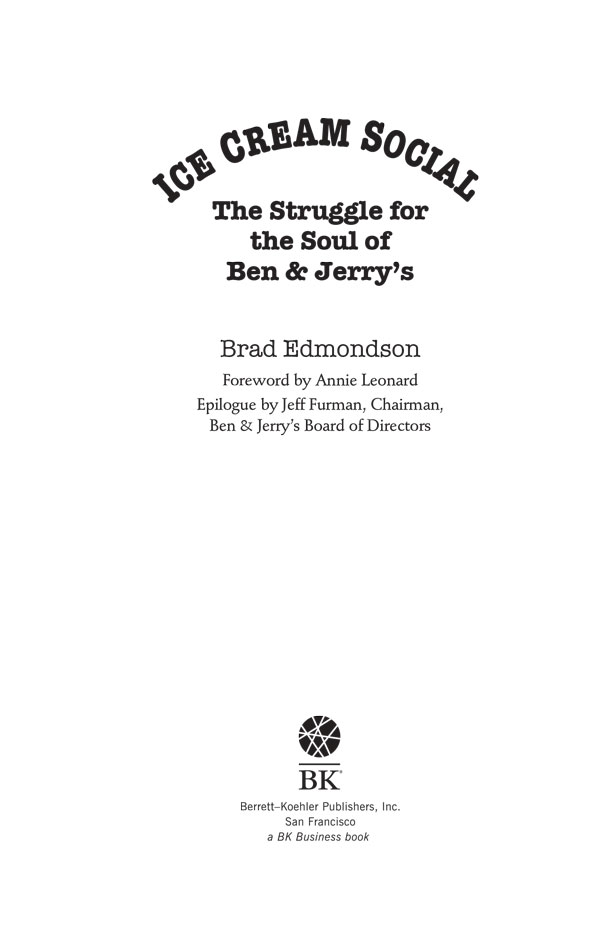 B&J’s packaging and clever/irreverent product names have their roots in the 1970s. The early designers must have had copies of U&lc in their offices, and the cartoon illustrations of Gilbert Shelton’s Fabulous Furry Freak Brothers comics, and the lighter side of R Crumb in their minds.

It turns out that Ben & Jerry’s style was created by hand, by illustrator and graphic designer Lyn Severance. Be sure to follow the link to see the scope of her work.

Since B&J’s original shop opened in 1978, I think it is safe to speculate that she was inspired in part by Joel Kaden and Tony Stan’s American Typewriter (1974), but when I consider that she did all the lettering herself, and eventually turned her designs into typefaces, to call her work anything other than original and trendsetting would be a mistake. She tapped into the youthfulness and enthusiasm for the handmade that was in the culture at the time and applied it with great success.

So, for the major display type elements of the interior, American Typewriter Bold was an essential ingredient. Next, I needed to find a text face that would harmonize with the right amount of authority and formality. In this day an age, slab serifs have enjoyed a significant revival, and that would have been one direction to go. Instead, I let my instincts guide me, and reached back into my typesetter past. I remembered a typeface that was popular in the 70s and 80s, but hasn’t really made it into the 21st century digital culture, (aside from the fact that it you can buy the font in OpenType form): Stemple Schneidler.

To me, the typeface feels like the older, wiser, relative of the youthful American Typewriter. Why do I think it blends with American Typewriter? I suppose it is because of the emphasized serifs, and it could also be that it is a Venetian typeface reinterpreted in the 1930s. I’d argue that the B&J style also looks back to early animated cartoons and lettering styles from the 1930s. Stemple Schneidler has great legibility and earthy elegance.

Ice Cream Social won a silver award for design in 2014 from Pub West.

This site uses Akismet to reduce spam. Learn how your comment data is processed.